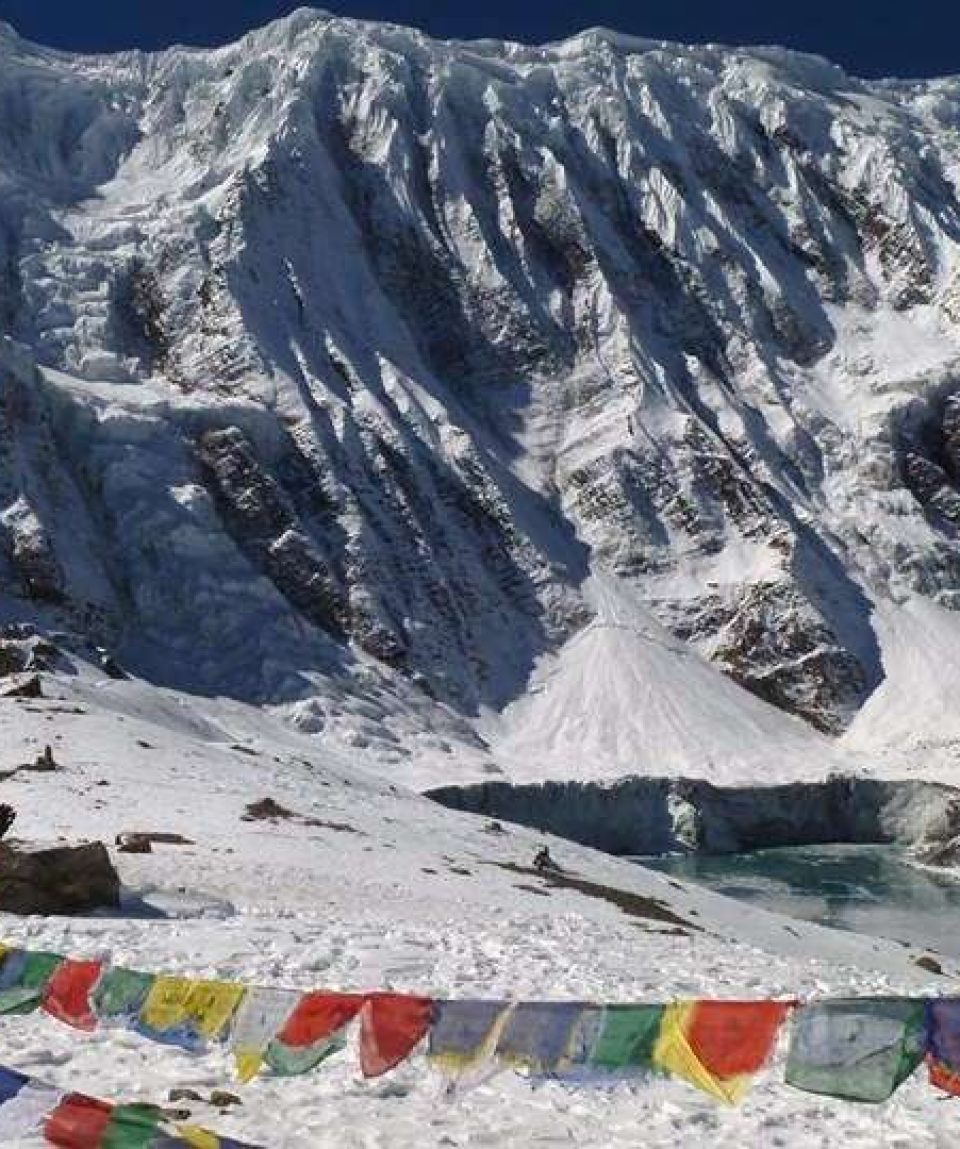 Called as Sagarmatha “Sky Head” by Nepali and Chomolungma “The Mother ” by Tibetans, Everest is the highest peak in the world with the  of 8848m. This trek that goes to the lap of Everest and is  to fulfill dream of many people to experience this historic  walked by legendary climbers like Sir Edmund Hillary and Tenzing  Sherpa in 1954. The trail goes through the jaw dropping mountain
vista set in the backdrop of culturally rich Sherpa villages, dense  offering home to diverse range of flora and fauna and furiously  snow fed rivers.

All about the NEPAL – Everest Base Camp Trek.

This incredibly enticing trip starts from upper Phakding and following
Dudh Koshi Valley it goes to the Sherpa capital of Namche Bazaar. Namche
is the bustling bazaar and a meeting point for trekkers and local
Sherpa. From Namche the trail goes along a high traversing path and
offers a magnificent view of Everest and then head towards Tengboche
monastery. Tengboche monastery sits in the altitude of 3867m and is
surrounded by firs and Rhododendron. The monastery grants commanding
view of Everest landscape. From Tengboche we will go down to Imja Khola
and continue the walk through the villages of Pangboche and Periche
which ultimately lead us to Khumbu glacier. And following the glacier we
will trek to Lobuche which is the vantage point offering spectacular
view of Ama Dablam, Tawache along with hodgepodge of many others. From
here we will trek to Gorakshep and ultimately climb to
Kalapatthar(5545m). Kalapatthar offers spectacular panorama of regal
Himalayas which will leave you dumbfounded. We then trek down to Everest
base camp which is situated at the foot of Khumbu icefall and ultimate
make our way down to Lukla.

Altitude Sickness: The main and common risk while trekking above about
2500m is Altitude sickness. Altitude sickness is caused by acute
exposure to low partial pressure of oxygen at high altitude. The
available amount of oxygen to sustain mental and physical alertness
decreases with altitude. Available oxygen drops as the air density
itself, the number of molecules (of both oxygen and nitrogen) per given
volume, drops as altitude increases. So don’t ignore, if you have any
symptoms then descending to a lower altitude is the only option.
Water: Have some means to purify water, iodine or a fine ceramic filter
are the best options. The streams should be considered polluted and
whilst bottled water is often available, the disposal of plastic bottles
is a problem.
Electricity in Nepal

Nepal is a developing country, Outside of major cities area electricity
on trekking can be scares. You should have to pay 100-800 NRs per hour
to charge goods on many lodges and also many tea-house treks, including
in Annapurna base camp trek, Everest Base camp trek and many others
treks also. Chargers often won’t work on low power solar systems you
find right up in the mountains so u can buy alternative bayonet light to
electricity power plug converter, which will only works in low voltage
is highlow. The standard Nepalese electrical outlet is a three-pronged
triangle so bring three-pronged triangle chargers.

Below is a general guide to conditions at different seasons:
January to March (winter): In this season temperature will decrease at
often 0°C (32°F) at night, with extreme cold at high elevations. It is
possible to trek in places like the Everest region during the winter but
due to extreme cold weather and heavy snow fall it may be quite
difficult than as usual.
April to June (summer): In these months it is quite warm and dry
weather. There is an abundance of blooming flowers in the Himalayas at
this time, with rhododendrons, in particular, adding a splash of color
to the landscape. This season is the best time to undertake mountain
expeditions.
June to September (Monsoon): There will be heavy monsoonal rainfall in
this season. Rains are generally lighter in high Himalayan reasons. In
this season the mountain ranges are not often visible due to the clouds.
October to December (autumn): These months are cool and clear which is
due to the end of monsoon, there is little dust in the air so this is
the best season to visit the hilly and mountainous regions.

Visa in Nepal can be acquired on arrival at Tribhuwan International
Airport, Kathmandu and also at the border entry points in Kakadvitta,
Birgunj, Bhairahawa, Nepalgunj, Gaddachowki border of Nepal – India and
Kodari on Nepal-China border. Visa can also acquire at the nearest Nepal
Embassy. For visa renewal purpose you can contact at Department of
Immigration, Kalikasthan at Kathmandu. A valid passport and one passport
-size photo with a light background is required. Visa can be obtained
only through payment of cash in the following currency: Euro, Swiss
Franc, Pound Sterling, US Dollar, Australian Dollar, Canadian Dollar,
Hong Kong Dollar, Singapore Dollar and Japanese Yen. Credit card, Indian
currency and Nepali currency are not accepted as payment of visa fee.

In Nepal, “Namaste” or “Namaskar” is said to an older or high-status
person with palms together, figure up. It is used to greet a person in
place of goodbye or hello. There is no limitation how many times you say
“Namaste” but, it is better if you say once per person, per day. If You
want to say “Thank You” then you can say “Dhanyabaad /’ðɅnjɅbɑ:d/
(Dhan-ya-baad)”

GREENLAND – A Ship Based Skitouring