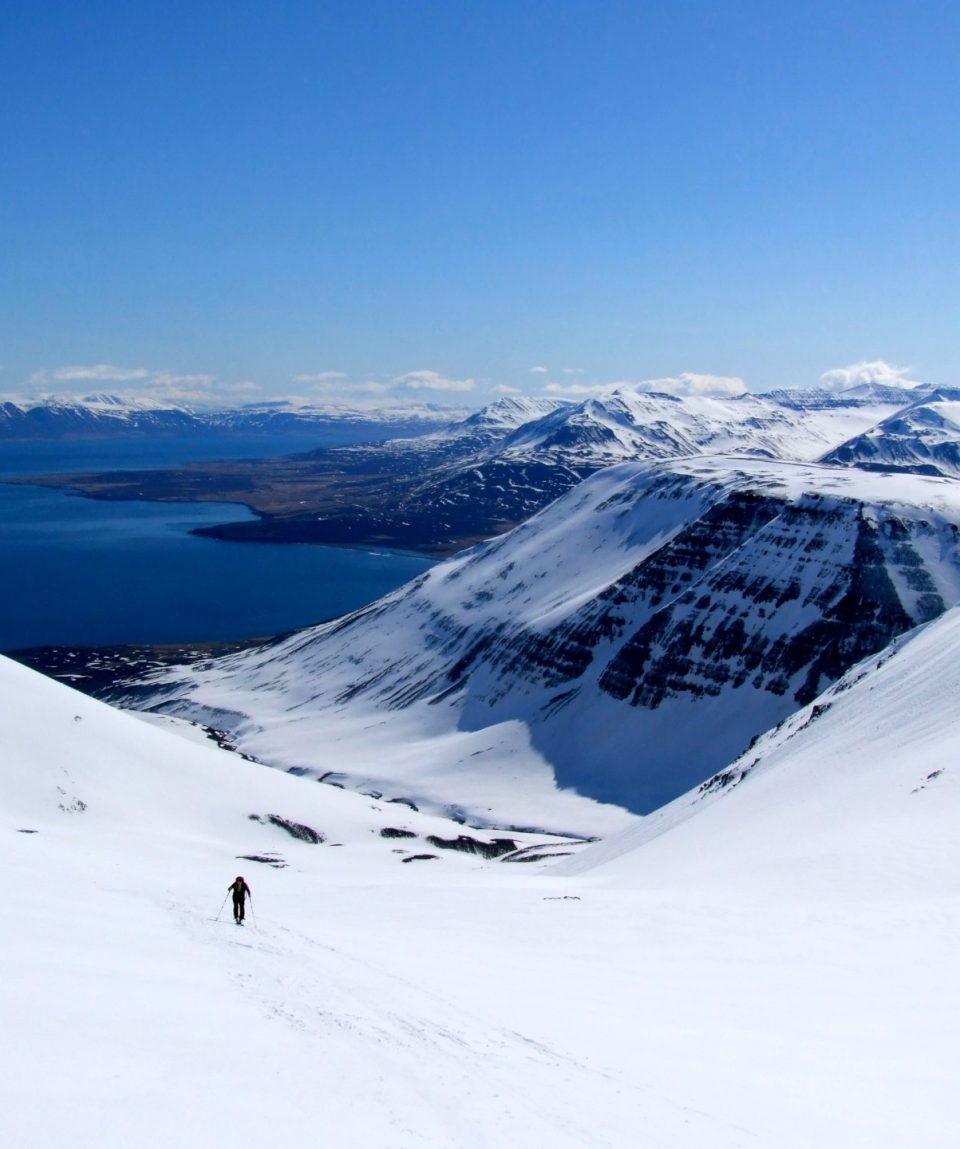 We have many years of experience with this country, we lived here for many years and accompanied people from all over the world …

Have you ever been skiing at the continual daylight of the Arctic sun?

You will ski in the Arctic landscape from the peaks directly to the ocean and in the evening you will bathe in hot geothermal springs overlooking the northern lights glow! And on top of that we will serve fresh salmon ….

All about the ICELAND – Alpine Ski Touring.

Snow pearls a few miles below the arctic circle

Iceland is a world destination for skiing and cross-country skiing.

The center of activities is the Troll Peninsula in the north part of Iceland with vertical descents of up to 1500 m or nearly 5000 feet, thousands of peaks and slopes for all, demanding and less demanding skier, hundreds of uncovered fjords “at the end of the world” and it all becomes a paradise for skiers.

This season lasts from the end of February to the beginning of June, and with the continuous daylight of the Arctic sun and mild temperatures, the snow conditions remain favorable with granular snow and occasional powder snow sometimes until June.

The fact that the Troll Peninsula is surrounded by the Arctic Ocean brings unbelievable possibilities of skiing directly to the ocean on stable coastal snow, but at the same time it brings experience of arctic weather and conditions in the Arctic.

Iceland is a real destination for adventurous Skiers.

One of the most fascinating natural phenomena is the Northern Lights, occurring very often in this area during the winter months.

And finally: swimming in hot springs right next to the cold Arctic ocean

More pictures from our Icelandic Alpine Ski Touring adventure, which can be yours too !

We are now opening new dates for 2019, starting in February, book early, before it gets fully booked !

We will arrange the alpine ski trip so, that you do not have to worry about anything

GREENLAND – A Ship Based Skitouring